Here's a video I saw posted at www.fiveouncesofpain.com in which Nogueira's team and friends erupted to shouts and getting emotional especially Anderson Silva when he ko'd Schaub at UFC 134. Priceless...
Posted by Rotobox Vinyl Anatomica at 9:34 AM No comments: 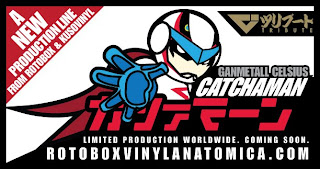 to all those waiting for the next celsius production release, here is our next production line. featuring the new celsius with no horns. we pay homage to one of the most iconic sentai team of all time. coming soon! stay tuned for pre-release pics! :D
Posted by Rotobox Vinyl Anatomica at 6:39 AM No comments: 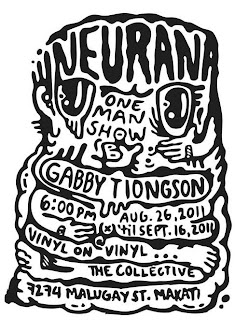 Frankenstein with a Sharpie

Gabby S. Tiongson a.k.a. “DIKO” wields a Sharpie with the surgical precision of a scalpel. Black lines, sure and strong, cut through paper giving life to creations pulled from Tiongson’s cerebrum. Like a hyper-energetic Frankenstein, the 26-year-old concocts “design ideas” that graft together body parts—human, animal, and imaginary. His background in medicine has given him the confidence to toy with nature and the gall to replace a pig’s ears with human hands.

Tiongson’s cartoonish style is a culmination of all his influences and obsessions, among which he counts the animated television shows from the 1980s and 1990s; fantasy genre computer games such as World of Warcraft; Todd McFarlane’s Spawn; and legendary creatures such as the chupacabra.

A wild talent used to producing at least one freehand work a day, Tiongson honed his drafting skills by participating in notebook “doodle battles,” creating vector graphics for T-shirts, and drawing structurally sound fingers based on Richard Snell’s Clinical Anatomy.

Tiongson’s introduction to the Manila art scene comes in the form of Neurana, short for “neuroanatomy,” a solo show composed of pen-on-paper illustrations and experimental acrylic paintings. In his inaugural exhibition, Tiongson takes the brain, the seat of consciousness and intellect, and transmogrifies it into a giraffe, a whale, a snail, and many other visual puns.

His hand is deliberate, his lines clean. Many of his drawings, which feature limbs in the most unusual places, are adorned with belly buttons, a reference perhaps to omphalokepsis, navel-gazing, and self-contemplation. To fill in white space, he uses indigenous patterns, the stylized Tinalak diagonals adding a subtle Filipino-ness to what is, at first glance, a very Western sensibility.

Tiongson, a self-taught artist, is still feeling his way to his own style. Nevertheless, after filling many a sketchpad with his imaginings, he has developed a cohesive body of work marked by a recognizable aesthetic. The smooth, expressive contours of reality-flouting subjects radiate a confidence built over years of drawing. Even without being formally trained, Tiongson is in possession of his own visual vocabulary.

The choice of the human brain for his inaugural exhibition is symbolic of the limitlessness of the human imagination. “Invention,” Mary Shelley writes in the introduction of Frankenstein, “does not consist in creating out of void, but out of chaos.” It is into this creative chaos, this plethora of limbs, that Tiongson invites us. Like Shelley’s protagonist, he is set to “pioneer a new way, explore unknown powers, and unfold to the world the deepest mysteries of creation.” 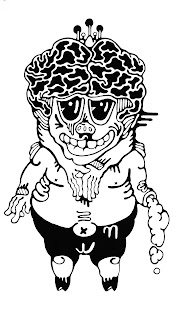 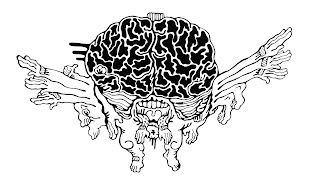 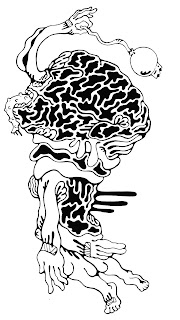 Posted by Rotobox Vinyl Anatomica at 9:00 AM No comments:

Urban Forest Jewelry, a new brand from Dave Quiles of Outta My Mind Creations, combines technology with imagination and nature to create delightful works of graphic art that one can exhibit while wearing. The power of electromagnetic waves and human creativity are harnessed (insert maniacal laugh here) to carve visually inspiring pieces from wood primarily, but also other materials. Each wood piece is carefully produced to preserve the natural, organic features of exotic hardwoods along with an original design. These are not merely statement jewelry pieces, but rather scenic and narrative jewelry— pieces that tell a story and convey the spirit of the characters and their settings, while still giving a sense of style, humor, and individuality for the wearer. They express things like: trees are happy, myths are real, and pterodactyls make great pets!

Its website, www.urbanforestjewelry.com, was launched on July 7th from Taipei, Taiwan during a touring art exhibition, the Art Assault custom guitar show that Dave co-created with Mai Hiro and Gibson Guitars. It was abroad in which the brand was met with a widespread welcome, and pieces were sold to eager aficionados looking for something unique to express their individuality. The launch pieces are just the start, as new necklace scenes and other types of jewelry (rings, earrings and more) are in the works that are more intricate in their design and storytelling! Fans from around the world can join and participate in the Urban Forest Jewelry community by visiting and liking www.facebook.com/urbanforestjewelry or by following the latest on Twitter at #urbanforestnews.

Urban Forest Jewelry asks: “Why merely make a statement when you can tell a story?”
Posted by Rotobox Vinyl Anatomica at 7:50 AM No comments: 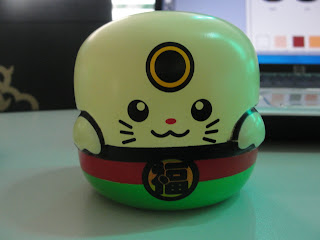 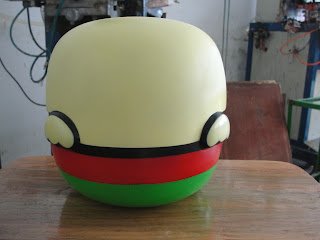 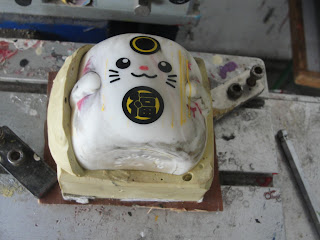 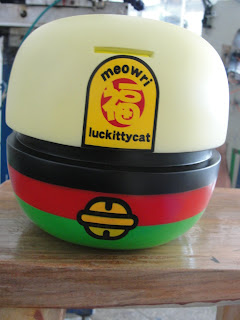 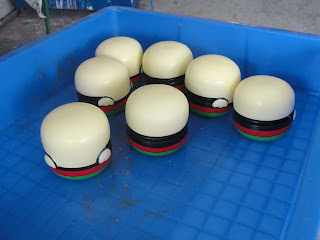 WIP photos of Meowri Kusopon set to be released soon!! :)
Posted by Rotobox Vinyl Anatomica at 9:06 AM No comments: